A powerful CNN Article: What is a heavy drinker? 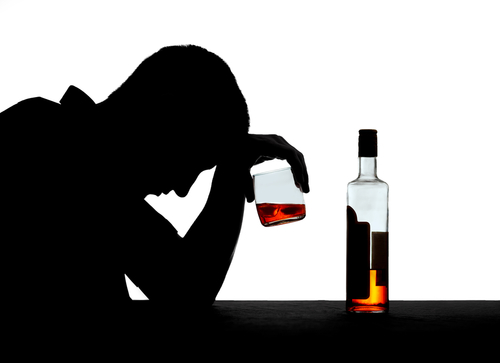 This is a very important article on alcohol consumption and clinical definitions.

If you are survivor and struggling taking an honest look at your alcohol relationship is crucial to successfully rising above your problems and challenges and embracing your hero story.

When we get triggered, buttons are pushed, life gets hard the message the media and even our families have often drilled into our consciousness is that we need a drink to take the edge off. Alcohol reduces some anxiety and inhibitions at a cost. It creates a buffer between our higher-self, higher thinking and best judgment. Sometimes that temporary relief feels so good we want more…but it’s a snake oil healing and ends up leaving you hurting when you start to wake up from the alcohol haze of reality. I know this is a controversial topic because the relationship people have with alcohol is often more powerful then desire to live a better life. My own family struggles with this and voices opposition when I choose to abstain from alcohol, but they can’t deny the results my I achieve by being honest about how alcohol impacts my life.

So I ask you how badly would you like your world to change?

And I encourage you to spend a few minutes exploring this short article.

Women are considered “heavy drinkers” if they have eight or more drinks a week, according to the Centers for Disease Control and Prevention. Men can have 14. At 15, you, my friend, are a “heavy drinker” in the eyes of the CDC.

(CNN) — Sheldon Shiraki sits at the bar in the trendy Fritti restaurant in Atlanta, happily sipping an ice cold cocktail.

Asked how many drinks it would take for the government to consider him a “heavy drinker,” he laughs.

“A week,” Shiraki says with a smile.

“Let me do the math,” his friend Pamela Gjerde says from the next bar stool over. A local, she calls the bartender by name and says she will sip a glass of white wine a couple days a week. For a woman to be considered a “heavy drinker” she thinks she’d have to have 15 to 20 drinks weekly.

They both looked shocked to learn they seriously overestimated the number.

Women are considered “heavy drinkers” if they have eight or more drinks a week, according to the Centers for Disease Control and Prevention. Men can have 14. At 15, you, my friend, are a “heavy drinker” in the eyes of the CDC.

World Cup survival glass tells you when to stop drinking

One in 10 deaths among adults between the ages of 20 and 64 are due to excessive alcohol consumption, the CDC says in a report released Wednesday. That means some 88,000 people die a year as a result of drinking too much. The majority of those are men — about 70%.

Do you consider yourself a light, moderate or heavy drinker? Health agencies have these definitions to help you understand when your drinking may become a health problem.

The definition is different for women because women’s bodies are typically smaller than men’s. They also metabolize less alcohol in the stomach, meaning more ends up in their blood stream.

“That seems awfully low,” Shiraki says. “I would think someone is a heavy drinker if they get drunk all the time. Two or three a night wouldn’t do that.”

“That definition is crazy.”

“The definition of ‘heavy drinker’ has evolved over the last 20 years and it is based on scientific evidence about the harmful consequences of drinking too much,” says George F. Koob, director of the National Institute on Alcohol Abuse and Alcoholism, who has sat on the committees that create those definitions.

The definition on NIAAA’s website of “heavy” or “at-risk” drinking is the same as the CDC’s.

But the National Survey on Drug Use and Health has another. They say “heavy use” is “five or more drinks on the same occasion, on each of five or more days in the past 30 days.”

So which one is it?

“It’s imprecise and not quantitative. I try to avoid using terms like ‘heavy,’ ‘light’ and ‘moderate’ for that reason in my publications,” says Dr. Arthur Klatsky who has been studying alcohol and its impact on humans for decades. “The problem is everyone always wants to know if they fit into one of those categories.”

Koob says the definitions vary because they’re “not handed down to Moses from God on Mount Olympus.” They are based on epidemiological studies that show the long-term negative consequences of heavy drinking.

The 2012 National Survey on Drug Use and Health found that heavy drinking was reported by 6.5% of the population over 12. That’s about 17 million people. The rate was the same in 2011.

Those statistics are probably undercounting the real numbers, both Koob and Klatsky say.

“The real worry these days is the number of young people who binge drink in college,” Koob says. “We were all 21 once, we all drank, but what this generation considers intoxicated has doubled over the last 20 years.

Not only does this put students at risk for violence, sexual assault, and all the above mentioned diseases, it can damage their brains. The frontal cortex — the part of the brain that helps you make decisions and control impulsivity — doesn’t develop fully until you are 25. Binge drinking, studies show, can delay development of executive function.

Klatsky says the pattern of when you drink is just as important to your health as the total number. Abstaining much of the week and then having all seven drinks on Saturday is also bad for your health.

In addition to knowing what defines “heavy drinking,” people should also know what “light” and “moderate” drinking is, Koob says.

Studies show the mortality rate for people who drink moderately on a daily basis is actually lower than those who don’t indulge.

“There are health benefits to a lower level of drinking.”

Klatsky says it is more important to focus on the broader issue of alcohol problems than getting caught up in semantics.

“There is an old joke all of us went to medical school used to hear,” Klatsky says. “The definition of something like what is a ‘heavy drinker’ is one more than the upper limit of what the person making the definition drinks.”

How to cut backKeep your drinking at a moderate level with these suggestions:

1) Think about what it does to your waistline. On a typical night out, women in one study consumed 1,000 calories in alcohol alone.

2) Don’t rely on willpower — control your environment to limit your exposure to alcohol.

3) Replace drinking with another activity, like playing tennis or watching a movie with friends.

Heaving drinking can lead to chronic diseases, including problems with your liver, throat, larynx and esophagus. It can lead to high blood pressure, psychological problems, and pancreatitis. It even puts you at an increased risk for becoming a victim of violence.

And of course you ultimately risk becoming an alcoholic.

This site uses Akismet to reduce spam. Learn how your comment data is processed.

▶ Check out my gear on Kit: https://kit.com/StarrTouch Part of the Mind-Body Medicine Series - Music Tracks added. This project is free, if you'd like to tip me you can use this link to help me buy more recording gear :) https://www.paypal.me/StarrTouch

▶ Check out my gear on Kit: https://kit.com/StarrTouch Great Meditation to help relieve PTSD Symptoms - Part of the Mind-Body Medicine Series; Note: This project is free, if you'd like to tip me you can use this link to help me buy more recording gear :) …

▶ Check out my gear on Kit: https://kit.com/StarrTouch V2 - Part of the Mind-Body Medicine Series - this is a pre-production version. CURRENT VERSION UPDATE - Upcoming V3 Change intro video and optional soundtrack.

▶ Check out my gear on Kit: https://kit.com/StarrTouch Part of the Mind-Body Medicine Series - V2 has a filler video throughout it for the blank spaces. For private use only - this is a pre-production version. Please do not distribute without permission.